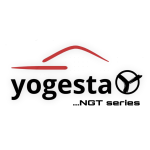 The ZS badge began life in 2001 for MG as a sporty sedan. But today it is a compact crossover that is slightly larger than the Suzuki s-cross. It is longer and wider than the Hyundai Creta but a relatively low height makes it appear quite compact than what it’s on paper dimensions suggest. It is certainly not as hefty as the Hector but it will be more expensive than that car. Earlier we had brought to you a detailed review of the MG ZS electric vehicle. In that we had covered almost every possible aspect about thevehicle in detail. It is now time to bring to you a final conclusion. Here is the long term review of MG ZS EV, we present you our real world ownership review.

Let us go ahead and tell you whether youshould buy an electric car or not. If you are considering electric car should it be the MG ZS or not. If you’re looking forward to knowing more details about the design, the features on the exterior and of course the features inside the cabin, the safety features, how much range do you get out of it, how much does it cost to charge the car for that you can just click on the link at the bottom part of this paragraph. You can get our detailed review. As for now let us just summarise how the experience has been for us with the ZS EV. We have spent over four months which is long term and driven about 2000 km in MG ZS EV for review. During which we have charged it, discharged it quite a lot number of times.

Contents hide
1 Things we like about MG ZS EV
1.1 Charging – variety of options
2 Things could have been better
3 Whether you should consider MG as a brand at all or not
3.1 China connection?
4 Conclusion
5 MG ZS EV – Specifications

Coming to the charging aspect well you can charge this car using a variety of options.

However MG also offers fast charging at its dealerships. If you avail that it will cost you about 14 rupees per unit including GST. So that is where the figures and how the maths works out for the ZS EV. If you calculate it depending on whatever part of the country you stay in, it will always work out to be significantly cheaper to run in terms of cost per km than any petrol or diesel car on sale right now. In long term considering the kind of subsidies that are now being given on electric vehicles, it is not a far-fetched idea to be able to recover the cost. And actually save money if you own it for a long time. In long term review of MG ZS EV, we found less range anxiety.

Things could have been better

With a good things out of the way now it’s time to talk about what could have been better. These include some small things and some major ones. The smaller ones include things such as the part of the grill. That opens up giving you access to the charging socket. The plastic there is very flimsy. This doesn’t look as if it belongs to the car considering the quality everywhere else.

Beyond that again a lot of new cars are now just coming with many smart features. It would have been good to find some of them like a wireless charging pad inside this car. Maybe ventilated seats, they could have been better. While the infotainment system itself is quite loaded and very extensive in terms of features. But the touch response is something that leaves a bit of room for improvement. Because there is a fair amount of lag at times. It’s random, it’s not even consistent. So these are things that could have been better.

That entirely depends on how open you are to taking a risk. None of us know how reliable MG cars will turn out to be in the long run because it’s just been a short while that they’ve been here. Although in this short time we have not heard any major complaints as far as quality or reliability is concerned. But again this has just been a short time. So, if you are someone who is open to going in and trying a new brand, you are getting an extensive warranty on all MG cars. Including ZS EV where you’re getting up to 8 years on the battery itself. So, yes in terms of warranty you’re quite covered. It’s entirely up to how much of a risk appetite you have.

Coming to the very widely being discussed topic the China connection. A lot of people say that because MG is essentially a Chinese car company. We all know that it is a brand owned by SAIC which is a state controlled automaker in China. There is no denying the fact that these are cars designed developed in China. But today we are talking about electric vehicles and as far as EVs are concerned it doesn’t matter which EV you buy in India. Because if you’re buying any other EV as well which you might think is Indian, a large part of that car is still coming from China. It is still being imported. You are still going to end up paying a large amount of your money to some Chinese company in one way or another as far as electric vehicles are concerned.

With that in mind if you think the MG brand is worth investing in, the ZS offers very good value for money, good features good range, good practicality. Keeping all those things in mind, we can say it is an electric vehicle you should consider buying if being green is what you have on your mind. Finally here is the long term review of MG ZS EV, we present you our real world ownership review. If you are excited about this product, if you are willing to shop in the electric space right now then you get onto that booking list as soon as possible. Elsewhere around the globe wherever this car is launched, it has run into long waiting periods. We are sure that the response in India will not be as overwhelming but we still expect it to be quite good.